The figure of the traumatized veteran has become a commonly depicted character in the Vietnam War. PTSD as a clinical diagnosis has evolved in a large part from Vietnam Veterans. Disapproval of the war from American citizens was an important environmental factor accounting for veteran’s post war stress. Prior to this time period veterans coming back from war were viewed as heroes, Vietnam War veterans came back home viewed as murders. Normally these war heroes were encouraged to talk about their war experiences but in this case they were not and were shunned by a lot of the community. Americans in Berkeley, California protest the war in 1965

David, a Vietnam veteran who served in the Air Force discusses his experiences with the anti-war culture of America and how he was treated poorly in society. His description of his PTSD indicates that it was onset due to a traumatic event many years after he returned home from war. This clip is a good example of how people live with this stress everyday but dismiss it until something in their life dramatically changes.

The nature of the warfare also caused an increase in stress for the soldier. The Americans fought alongside the South Vietnamese against North Vietnam and the Viet Cong. The Viet Cong were mostly unidentified, recruited in South Vietnamese towns, and controlled a lot of the towns influence on fighting. This made it hard for the American troops to know whom the enemy was. Fighting in the jungle and the notion of the unknown enemy had a great influence on soldier’s psychological well-being.  Some men were also forced to go against their will because of the draft, which increased anxiety and stress. Unlike previous wars, Vietnam soldiers were given a date of expected return from overseas (DEREOS). This hindered some usual buffers of the ill effects of combat such as unit morale, cohesion, and identification.

The term Post Vietnam Syndrome was used to describe returning soldiers with trauma symptoms. This syndrome usually consists of combat related nightmares, anxiety, anger, depression, alcohol and/or drug dependence, and poor responsiveness. The term post-traumatic stress disorder was not used in the DSM until the DSM-III was published in 1980 under anxiety disorders. Prior to that this condition was viewed as stress response syndrome, which was a type of gross stress reaction. The policy for receiving treatment and compensation for ptsd for soldiers in the military during the war was that if the soldier experienced symptoms 6 months after their return home it was considered a “transient situational disorder.” This meant that it was a pre-existing condition which was not eligible for treatment by the United States Government. Even though the soldiers who were victims of PTSD did not receive compensation from the government, PTSD as a clinical diagnosis was evolving into a more complex and real disorder. This policy is unsettling to hear because PTSD can occur anytime after returning home from war and many cases occur with delay onset, this is referred to as chronic rather than acute which is immediate. These onsets can be triggered by something reminding the individual of the stresses of combat like loud noises. Other ways to trigger traumatic feelings from war are with other feelings of stress. If a Vietnam veteran had some trouble adapting to civilian life and many years later he experienced life changing events, usually for the worse, it might trigger some PTSD symptoms. Vietnam soldier suffering from the stresses of combat

An important thing to remember is that it is not just men who suffer from PTSD, women can too. Females in the military, especially nurses, were exposed to highly traumatic events. Being responsible for saving the lives of soldiers coming from combat is extremely stressful and can take a toll on one’s mental well-being. Exposure to traumatic scenes can affect the individual. Such events from the battlefield that cause PTSD for the soldier are very similar to the traumatic events that the female nurses are exposed to. Many victims of PTSD say that they feel guilt in combination with fear. Nurses are very susceptible to feelings of guilt due to attempts to revive a soldier that failed. Almost 1o% of females were diagnosed with PTSD 14-22 years after their service. There were women casualties in the war and some were even awarded the purple heart, bronze star, and other medals. 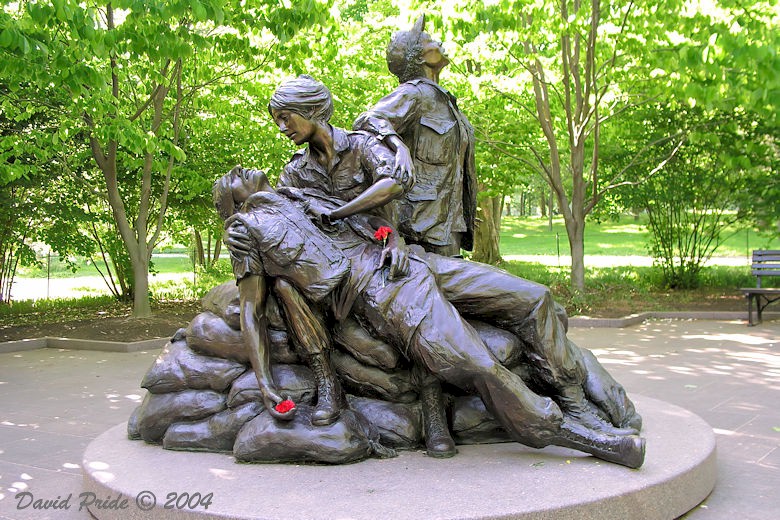 Grossman, D. (1995). On killing: the psychological cost of learning to kill in war and society. Boston: Little, Brown.

Scott, W. J. (2004). Vietnam veterans since the war: the politics of PTSD, agent orange, and the national memorial. Norman: University of Oklahoma Press.

Mason, P. H. (1990). Recovering from the war: a woman’s guide to helping your Vietnam Vet, your family, and yourself. New York: Penguin Books.